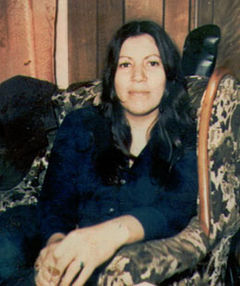 AFN Chief Perry Bellegarde said he would apologize to the family of Anna Mae Pictou Aquash, after her daughter demanded the chief reconsider his endorsement to free Leonard Peltier.

Bellegarde told CBC News earlier this week he hoped Canadian Prime Minister Justin Trudeau would bring up releasing Peltier when he meets with US President Barak Obama this week.

Peltier is serving a life sentence for the deaths of 2 FBI agents in 1975.

He has also been accused of involvement in the death of Anna Mae Pictou Aquash.

Aquatics daughter, Denise Maloney Pictou called on Bellegarde to apologize for his statement saying it was like salt in the wound for her family and contradicts the national call for justice for missing and murdered indigenous women in Canada.

Bellegarde said he would apologize to Pictou for any offence he may have caused but that he would continue to advocate for the release of Peltier, saying there is also injustice in Peltier’s current imprisonment.

Road construction in Ohsweken will have increased interruption for locals